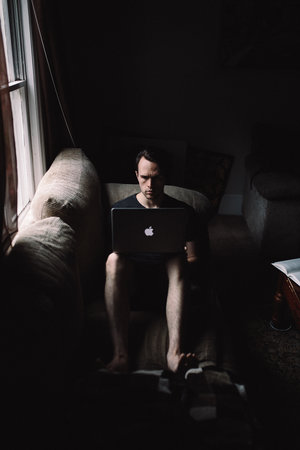 The Problem With Avoiding Losses…

It goes with out saying, trying to avoid something, usually ends up taking you right in the middle of that which you didn’t want in the first place. How is this relatable to Trading?

You are new to trading, You have followed the various IG posters with the fast cars the watches the clothes the fine things in life, the freedom.

Instantly, you are captured into the vortex of thought that trading will provide these luxuries. All you can see is the money. All you focus on is the money.

For the seasoned trader, all he is attracted to is the process. The idea of making sure his execution and application of his knowledge as a trader is going to expose him to high probability trades and thus make him profitable.
Now a seasoned trader focuses only on one thing.

The master trader understands that this game is about numbers and awareness to basing trading decisions around the minimal exposure to risk. The master Trader has recognized that his success in trading is completely reliant on his ability to make decisions without hesitation. Scenarios and circumstances where the trader is exposed to risk that if he hesitates, can cripple his hard earned capital.

The trader that is quick to address exposure to risk, sure enough stands a greater chance at surviving in this field of speculation.

So what attributes do new traders have that cause them to lose ever so frequently?

An Aversion To Losses…

Now we enter into the mind of a new trader that is naive and dismissive of the seriousness and commitment that becoming a trader involves. Something that I still cannot grasp. How can you allow a trade, to show a loss and not close it, even when you know you should, and you only close it when you have nothing left in your account? It baffles me to this day, but more so, I am not proud to say, but I have experienced this many times. I have had the opportunity to close a losing trade, say, when I was down 3% but decided to close it when I was down 30%. What’s happening here is I became so emotionally attached to the idea of “not losing” which in the end cost me more than it should have. Welcome to the world of Forex I guess.

Back to my point, the new trader is only focused on the rewards of trading and not the process of developing themselves as a trader. Being results based orientated is the sole reason why traders fail in the beginning.

Lets take the analogy of poker. A winning player is determined on his ability to expose himself to opportunities that have a high ROI. He understands that a large volume of hands is required in order to beat the game in the long run, based on this players edge he brings to the table. Variance can be in his favour and not.

The same principle applies to a trader. The master trader understands that his edge, when applied optimally, in the long run will improve his chances of increasing his ROI over a large sample size of trades.

The problem with a new trader is they fail to give themselves a chance to succeed because they are motivated by the great expectations of becoming financially independent over night.

The Problem All New Traders Have.

As stated above, the new trader only focuses on the expectation that the entry will be profitable. This will create the thinking process that if their position is in the red, they will hold this position until it returns to positive territory, just so they don’t take a loss.

This is what you call, being married to a trade.

I admit, I have put myself in this situation many times. I have been married to a trade, I have been so committed that I would allow a 50%+ draw down just so I don’t feel the market has “beaten me”. Well it’s safe to say, every account that I had traded with this mentality, sure did turn negative and depleted.

So the new trader must recognize the importance of having a strategy that they will honor and respect the criteria that the strategy has in place.

So if you are new to trading, make it your goal to focus exclusively on accepting that it is OK to lose. It is part of the process. There is nothing wrong in losing a trade. If you are feeling down about a loss, then you surely won’t be able to withstand the victories that trading can provide. You have to be able to accept both schools of thought.