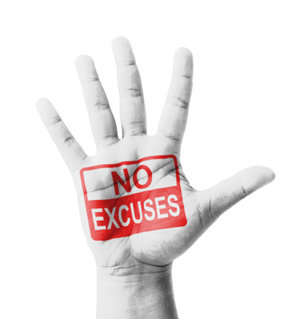 Why Being Responsible Affects Your Trading…

Aspiring to be responsible is one thing, but actually taking the responsibility. Well that is debatable.

It’s something that always tends to be realised when you either make the wrong decision or you have no control of an outcome and you are left with nothing else to do but simply “own” a situation.

Lets take it back to the good book of Genesis when God requested to Adam and Eve to go forth and multiply. They were requested to take on the responsibility to create.

Now taking responsibility, when hindsight is present, is something that many hesistate to act upon and is always realised after the outcome: “Man i should have, could have….You get my drift…

From A Traders Perspective…

You are responsible for taking trades.

You are responsible for closing them in profit or loss.

Traders however tend to struggle to apply this simple exercise….

Both instances create an emotional imbalance. Most of the time, this tends to lead you to making the wrong decisions, which in turn then leads you to asking yourself…”why did I not act on my decision when everything was telling me to do so?”

Part of taking responsibility when it comes to trading is you must have structure in place.

A boxer has one responsibility, to protect themselves. At any point, if the boxer loses focus or makes a mistake and realises he has made a mistake, but does nothing about it, they can then suffer with either a haymaker or a uppercut, that at best…Is knockout worthy.

A trader that does not set their parameters and fails to practise and apply their plan of action, is not taking the responsibility of their predetermined actions.

The importance of taking responsibility will allow the trader to approach the markets in a systematic and objective way, which will encourage optimum performance being applied.

Having an awareness of responsibility boils down to having utmost trust in your strategy of trading.

You set a stop loss…Honour It.

You have a Profit Target…Honour It.

Why should you question profits that you never knew would be provided?

Why would you allow a loss turn into a bigger loss because you thought it would recover and resume trend?

Applying awareness to your responsibility as a trader is the foundation that sets you up to trade with a probabilistic mind set.

They say, fail to plan, plan to fail. It’s such a old age truism and is never far from truth. If you do not apply your plan correctly, then you set yourself up to responding to emotions triggers responses that are detrimental and more so, completely distant from the rules that you set out with your strategy.

I eventually came to appreciate responsibility when I reviewed all the trades I took losses and wins on.

I found a pattern….

I would allow winning trades turn to break even/losses/small wins, in most instances, there were positions where I had decent money that I could have closed in profit. ( I was simply greedy).

Then there were losses. Small losses that I should have taken, but allowed to turn into bigger losses. ( The fear of being wrong)

Don’t get me wrong, it’s hard to do the opposite of what our brains are hard wired to do. But that’s what trading is about. It’s about being able to respect rules and adjust to when those rules become violated and react accordingly.

Trading is hard, but that’s because you make it difficult for yourself when you plague your strategy with “what if’s”

Trading is about Capital Preservation. It’s about being aware that it can go wrong at any time and acting instantly to reduce your exposure to being wrong.

Look…taking the responsibility to act accordingly and systematically is hard. But yet simple.

Place trades and exit them as and when your plan requires you to do so….You might just stand a chance at this game.

Trading can be that simple.