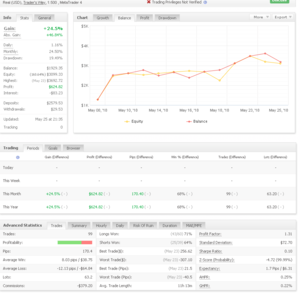 It was quite an interesting week with trading. Quite a few opportunities to make pips and the market makers were behaving as expected.

Below are a few of my live trade examples with Before, During, After.. There is no particular order of these trades, it would appear all over the place but what my goal is too show you snapshots of what the market makers are doing, more so the importance of fast in and fast out. (getting your pips banked)

As you can see, the blue areas are points that the market makers previously opened long positions, you see that on the left side of the chart, price was dropping, the market makers were creating liquidity by manipulating traders into believing that price would be going down, by doing so they were opening longs at lower prices with anticipation of them closing them at higher prices. They took price down to 109.700 mark then formed a higher low, then notable volume came in (green bars). This was a signal that the MM were looking at getting their longs previously opened, closed. I took my entry after the retest down to the 110.00 mark on notable volume,

This was a classic example of the market makers taking the liquidity just to full-fill their orders. I entered short at the Range Daily Low ( Pink Line), Usually whenever price hits this area, a retrace is on the cards , however the MM (Market Makers) were pushing price further and they were looking at sending price lower just so that they can get a few more orders in. Entered short.

This Short Entry was quite tricky. The Market Makers kept sending price above the 109.500 on notable volume to gather as many shorts. This is common behaviour by the market makers as they tend to build their shorts above key levels to get the highest price of for the short, same applies to the longs ( below key areas of interest to get lowest price, with anticipation of closing higher. I took this short however sat through a draw down as the market makers worked their manipulation. Short entry was closed and shown with the blue lines.

In this chart, the market makers were favouring lower prices. They failed to trigger interest above the 50 day line ( the green and red candles) and floated price towards the 111.000 mark. Short entry placed.

The trades above occur every day in the market. Your job as a traders is to train your eyes to be ready to zone in on these trades and take what you can from them. You must be objective and follow your rules systematically.

There is no holy grail in trading. I will be honest, the positions I took above were testing my emotions, however I was fully aware that my emotions were present, yet it did not stop me from taking trades where I could and closed trades that were costing me money.

Will update this week with more trades and updates.