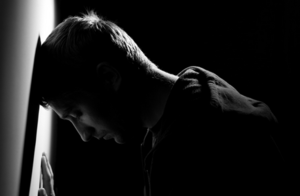 How Bad Losses Improve Your Trading

A Trader will always experience that one great win,  then at some point, that daunting great loss will occur. This post focuses attention on how you can improve your trading when bad losses occur.

A Bad Loss – That Should Not Have Happened

I have made so many bad choices in trading, all due to not accepting that i have no control of the unknown. So what constitutes to a bad loss?

A Bad loss is a development of actions, choices and thoughts that occur prior to when a trade is starting to demonstrate the behaviour of going against you.

I will give you a live trade example. One that happened not so long ago to me, however the tuition has been paid. I will make sure i won’t be attending that class again.

Above is an image of USDJPY prior to the crude oil inventory numbers being released. As you can see the two dots below the red rectangle were my entry point. I based my entry on the following:

As you can see, the two red dots towards the tip of the long green candle, were my exits.

This was the trade where i was humbled by the market.

What Did I Do Wrong?

Quite frankly, the mistake I made with this trade was simple. I was in this poition that was consolidating just before a news announcement. I will admit, i did deveiate away from my rule, “stay away from taking trades before news announcements”. What led me to stay in the postio?. The signs were visable, price action alone was showing support at the 200 day. But i was still holding because i allowed myself to engage in FOMO. (Fear Of Missing Out). I believed that i would catch a nice move from the news.  i made the assumption that if price could not successfully break the 50 day line, then i would hold until the price target profit, 110.300 mark was hit.

i watched price trail back towards the red rectangle. This was the area where the market makers had previously attempted to take out the 111.000 area but failed. Price did return to this area however my stop was not triggered. Then i witnessed notable volume entering to the downside. I held the postion, then the news release came. Then BOOM. Price gapped up, and i experienced a 8% loss. Considering i only risk around 2-4% this was a bad loss to me.

Please forgive me if the picture quality is not so clear, but allow me to share the lessons i learned with this trade.

1) Never Never Never have a position prior to news announcment. The expected crude oil figures that were to be released were not in favour of the dollar. I held the trade because of this assumption by the analysts. SUCH A BAD MOVE.

The market makers gapped price up to get as many shorts they could at higher prices. The price action the following day showed the market makers sent price right back down to the area i initially had my target. But hey, thats manipulation at its best.

2) I did start to feel the emotions developing, i had committed myself to this trade. Being married to a trade was something i struggled with previously and with this trade, it came back to haunt me.

3) Never assume anything. Take a position set a stop and let go. Never rely on the expectation of specific news announcments.

5) Once I felt that the trade was not going in my favour, I should have closed, taken a small loss and seek to enter in the opposite direction.

Once I closed the trade, I became fully aware of the mistakes i made, prior, during and post of the position. Its quite ironic when you look at your behaviour in hindsight. Everything you should have done is realised after the mistake has been made.

In order to improve your trading after a bad loss, the following steps below can be used as guide lines to prevent you from entering into non favourable outcomes.