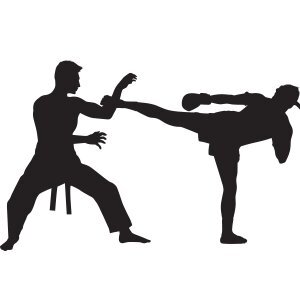 How Does Martial Arts Affect Your Trading

There have many associations that martial arts have with probably every endeavor in life. The simple reason is this, both require discipline.

Now you have more than likely read the basics of marital is preserving your character, having the discipline not to react when not required, and reacting when you need to. Basic shit really.

But How Can We Relate It With Trading?

Hands down, you are already in the midst of a battle when you decide to trade. Even down to the analysis, you are not analyzing the chart, you are analyzing whether or not you have the discipline to react to when the chart is providing you the opportunity to.

It’s no different to say Archery, you aim and release the arrow. Behind this simple behavior is the anticipation of many things.

Your job as a trader is to really hone in on translating your mindset to allow you to take the shot with the disciplines of thinking that are present prior to taking the shot. In other words. your daily practice of discipline allowing you to free flow and take the shot with confidence.

Bruce Lee discusses the idea of “becoming water”. The practice of this philosophy is perfect for a trader to adopt. Why? Well, look at it like this, I’m not saying you have to become the market, but what you need to do is become mindful, become flow, have no conviction, have no opinion, just be.

Now, of course, its easier said than done. What do you need to have in place to achieve this?

Let’s take the Muay Thai fighter. In order to master his roundhouse kick, he must, of course, practise this kick, over and over again. The feedback he receives from this will be demonstrated in the point of attack or the target that he is hitting, in other words, the opponent/tree. whatever it is he is hitting, he will know inside whether or not that kick was completed successfully or not.

The fighter, once he experiences this “perfect” kick, or somewhat perfect, he then aims to replicate that in the moment of the battle say.

Now the problem that most fighters have is adrenaline takes over, however, with practice, you will learn to channel this adrenaline to have composure and then you will successfully deliver the roundhouse kick with precise form, every time.

Now, are you practicing your trading the same way a fighter is?

Are you experiencing positive and negative feedback loops in your mind that you use to translate where you can improve or recreate the same behavior of execution?

Most traders, if they are wrong, seek the easiest way to overcome this sadness of being wrong by blaming something. The fighter knows that only he is in control of his outcome. Outcome being, the result of his decisions will determine his success or not.

So, take what you will from this. One thing i do say is this. If you approach your trading as a martial artist, your sole objective is to protect yourself, accept the mental feedback that you receive. Do not challenge the feedback, it arrives because you may or may not be in sync with your execution.